Grecia, the CEO of our G Adventures tour explained that we have a range of activities that we could chose to do whilst we were in Nazca. Before she said anything, all I could think was: OVERFLIGHT OVERFLIGHT OVERFLIGHT!! I really wanted to see the Nazca lines!!! After calming down and listening to what she actually had to say, I couldn’t refuse the sand dune buggying and sand boarding!

Jorge – our esteemed driver, came to pick us up from our hotel. On our way to the sand dunes, we stopped by the recently discovered Cahuachi pyramids. Apparently, people would make the pilgrimage here biennially: during the winter and summer solstice with approximately 50,000 people being there at the one time. The group of people who lived here year round were stargazers and this is the expertise that the pilgrims came for. Jorge also told us that it is unknown as to where these people went and what actually happened to them, but there are plenty of human remains with bleached skulls and femurs scattered about, so it doesn’t seem like it ended well for them… One of the skulls even still had hair! We even saw one body that appeared to be buried in the fetal position… While explaining all of this, Jorge’s phone rings, and he looks at the screen and says, “Excuse me I must take this”. He answers the phone “Ola Mama” and the entire group begins to laugh!!! After he ends his call, he tells us that it was his birthday – so festivities for the evening were being organised by “Mama”…

After driving on, we eventually went off-road and began driving on the sand dunes. We had to stop a few times, as Jorge had to adjust the amount of air in the tyres. The buggy eventually made it to the top of a very steep hill – no one in the group expected what came next: Jorge drove down!!! The rush of adrenaline sparked by fear was thrilling! After this initial one, I actually enjoyed the rest of the crazy speedy descents – it was so exhilarating =) Jorge then parked the buggy and started taking out the sand boards which were practically snowboards. There were three positions: laying down face first, sitting up and standing. I always went face down as it was more fun (and speedy!!) and less chance of hurting myself, although I did get sand-burn slightly on my elbows.

After we finished up on the sand dunes, Jorge stared to drive us to the airport for the over flight. However, en route he suddenly pulled over: the steering wheel had broken. So, Arthur (an Aussie guy on the tour) helped him and we were again on our way. We actually stopped in total 3 times to fix it – finally after Jorge called his mates, we were transferred to another buggy and we finally made it to the airport.

At the airport, we were all weighed and grouped into four. They even organised where each person was sitting… We were seated in a Cessna 203 (tiny tiny plane) where 2 people were seated in the 3rd row, me and another sat in the second and the two pilots sat up front. Up we went – initially it was ok, but then, oh my word did we get sick!!! You could literally feel everything on the plane; the stupid wind didn’t make it any better PLUS looking through a lens and taking photos just made it worse! So, after a while I stopped taking photos and just tried to not be sick-SUCCESS! Mind you, I do fly quite a lot and I never get sick!! The Nazca lines were amazing – you could tell what they were (by referring to the little map the pilots had given us) and it was unbelievable that they still remained after all these years (believed to be made 400-650AD!!!). As we were coming into landing, there was a horn-like sound, which I didn’t take any note of. But Alex (who was seated next to me) said that was some sort of safety alarm (she has flown one of these planes before) and that alarm shouldn’t have sounded. When she asked the pilots about it, they simply shrugged their shoulders and said that it was nothing to be worried about… weird I say…

In the evening we had a Pachamanca ceremony, which was basically food, cooked in the ground. We thanked Mother Nature for the foods provided, Arthur and Alex did the ceremony as we all stood around the mound. Food was great – there were seriously about 5 different potatoes!

I definitely recommend a visit to Nazca – it was amazing!!! 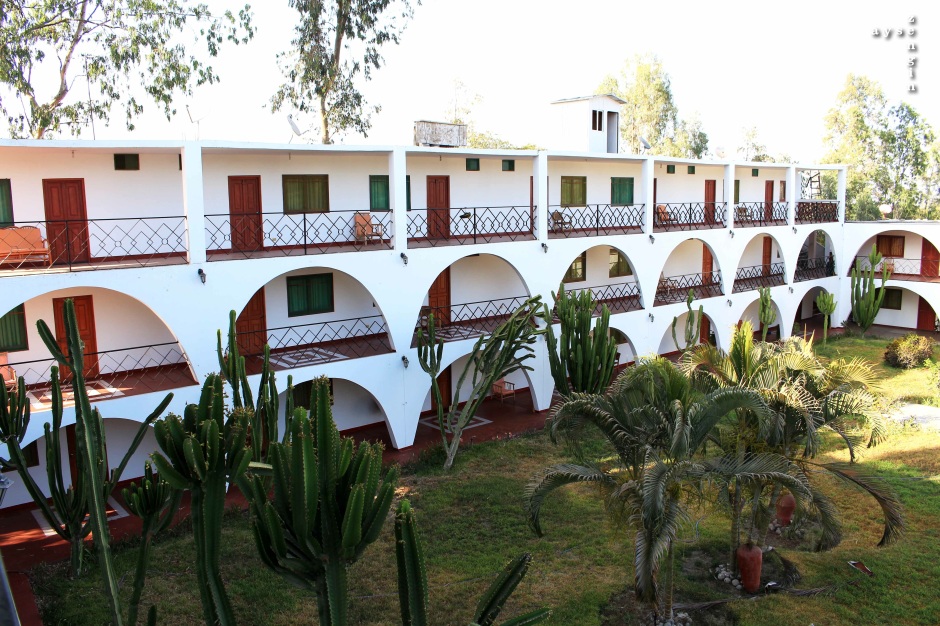 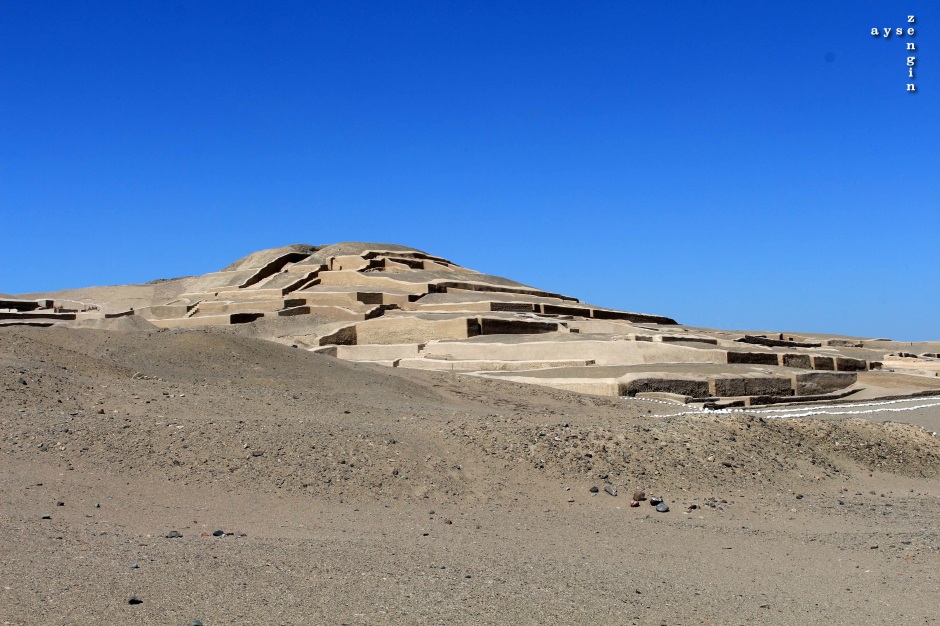 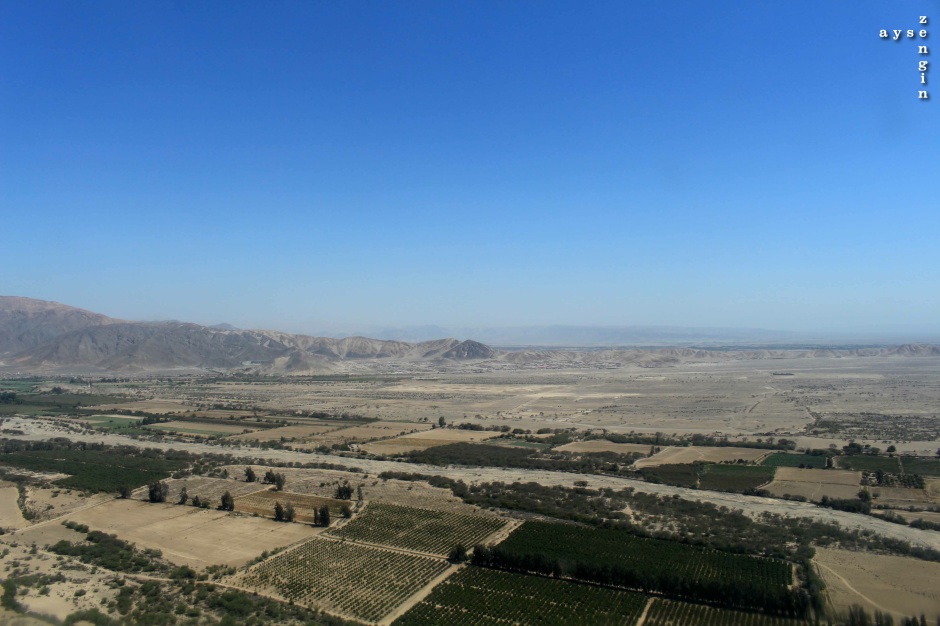 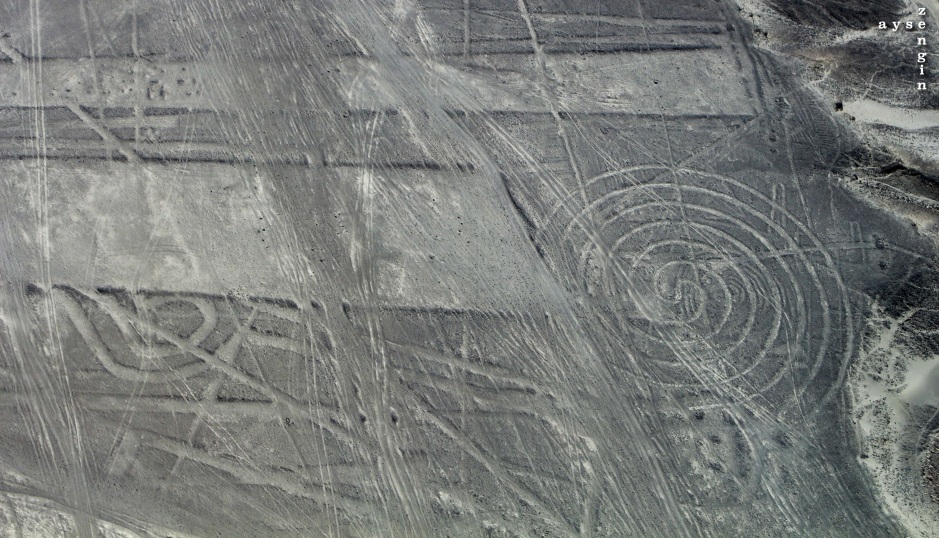 Our noble cook extracting the food from the “Pachamanca Ceremony”